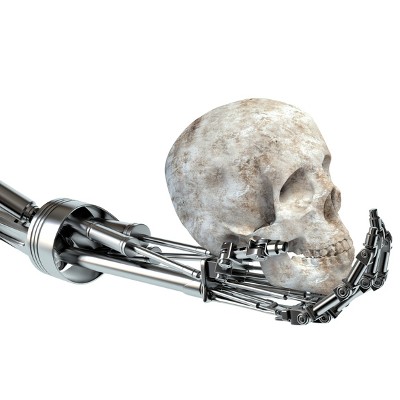 Humans and Robots: An Uneasy Trust 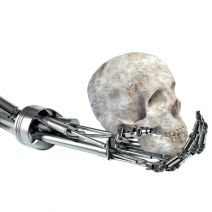 As technology grows more advanced, humans turn to robots to replace certain monotonous jobs. The goal here is to create a society where people are free to spend more time enjoying life. However, technology is prone to both technical problems and user error, which can lead to disastrous consequences.

Case in point, an incident occurred this month in Germany at a Volkswagen plant, where, tragically, a robot discrepancy left a 22-year-old worker dead. According to The Guardian, the man was part of an assembly team that was setting up the robot. The robot responsible for his death ordinarily works within a confined area by moving auto parts and manipulating them to meet a certain goal. Except this time, instead of an auto part, the robot grabbed the contractor, causing a critical injury. Supposedly, human error is to blame for this issue rather than the robot itself.

In another example of robots causing potential harm to users, consider the self driving car program from Google. Currently in the testing phase, driverless cars have taken to the roads in California. So far, the headlines have been dominated by these cars getting in one fender bender after another. Thankfully, no one has been hurt from these driverless cars like what happened in Germany. Although, if these errors aren’t fixed and Google’s driverless cars end up on every highway, well, you can imagine what a disaster that would be.

Incidents like this lead us to ask questions like, “Should humans blindly trust technology to perform to their optimal specifications?” and, “Is your business ready for the day user error causes a critical loss?” While it’s unlikely that a workstation or a server will injury one of your employees, the machines can certainly be responsible for the death of another precious entity: your data.

User error is a primary cause for data loss, and it’s easy to understand why. For example, if you’re not thorough with your training and security policies, unwary users might accidentally leak information outside of the network using a mobile device. Furthermore, if a user doesn’t adequately save their progress on a project, it can be lost in the blink of an eye, making the time spent up until that point obsolete.

Despite the fact that technology can be fairly unpredictable, human error is just as dangerous as hardware failure or any other technology-related issues. Computers are operated by humans, and are, therefore, susceptible to the imperfections of the humans that operate them. It’s important to keep in mind that your users are human, and therefore, even the most cautious person can make mistakes leading to data loss (or worse).

Humans and machines have an uneasy relationship; technology isn’t always reliable and user error is prone to causing major problems. What does the future hold for this human/robot dynamic? Do you believe there will be a Terminator-like future will humans are at war with self-aware robots? Or do you think improving and perfecting machines is the key to a technology-filled utopia? Share with us your thoughts in the comments.

Facebook Twitter LinkedIn
Tags:
Technology Miscellaneous Automation
Tip of the Week: 52 Minutes On and 17 Off Maximize...
Your Backup and Disaster Recovery Solution Should ...

More posts from author
Wednesday, October 27 2021 How Centralized Authority is Crucial for Your IT
Monday, October 25 2021 Cybersecurity Helps Keep Your Law Firm’s Data from Being Distributed Pro Bono
Friday, October 22 2021 A Hard Look at a Four-Day Workweek