Tip of the Week: 52 Minutes On and 17 Off Maximizes Your Productivity Potential

How To
Heart of Texas Admin
0 Comments 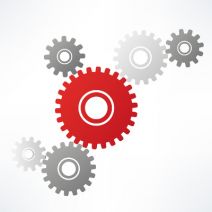 There are a lot of ways to boost your productivity in the workplace, but sometimes it can be as simple as not working. According to a study by Julia Gifford of Draugiem Group, it’s not about what workers do to get ahead of the curve, but what they don’t do that sets them apart from others around them.

That might sound a bit strange, but according to Gifford, this is true. The Draugiem Group recently performed an experiment which targeted their most successful, productive employees. They used the tracking application DeskTime to see how these team members spent their time. Ultimately, it wound down to how much time the team spent on break compared to how much time was spent working.

The 52-17 Rule
The ratio, according to the study, turned out to be 17 minutes of rest in between 52-minute work intervals. This might sound similar to the Pomodoro technique, where you work in 25-minute intervals with five-minute breaks in between, and a longer 15-minute break after the fourth increment. The difference here is that you work hard and fast for 52 minutes, then take a 17-minute break before another burst of work.

Rest is Important
Not surprisingly, several other researchers and business professionals have reached a similar conclusion. Entrepreneur Chris Winfield claims that he was able to cut his work week in half thanks to the sheer power of time-management and regular breaks. He used the Pomodoro technique to discover just how much work he could squeeze out of his work week. It took plenty trial and error for him to find the right increments he could fit in due to meetings and things beyond his control, but in the end, he was able to cut a 40-hour work week down to 16.7-hours. And, the best part of the entire situation was that he was still getting the same amount of work done, even with all of the breaks.

The Result: Much More Flexibility
Thanks to getting much more work done in a shorter amount of time, Winfield was able to introduce more flexibility into his work schedule. Of course, the only way to get so much done in a short amount of time is prioritizing tasks in a way which allows you to tackle the most important objectives with maximum efficiency.

Winfield also states that the number of days he worked every week also contributed to his success:

The final piece to my puzzle was moving from a five-day work week, where I had to stop by 5 p.m., to a seven-day work-week, where I could work when it suited me. This took me from 40 to 45 hours available to get my 40 Pomodoros in, to having 168 hours each week. Since I only need 16.7 hours net, that means I only work 10% of my time. What a difference.

He doesn’t count the 20 to 25 hours of meetings and calls toward that time, but he still managed to save himself some sanity by taking small breaks in between big projects and work increments.

If you aren’t quite sold on these work-break-work techniques, there are other ways you can boost your productivity. Heart of Texas Network Consultants can help your business take advantage of productivity-increasing technology. Give us a call at (254) 848-7100 to see how we can cut the time you spend working in half.

How You Handle Your Mouse Says a lot About You
Humans and Robots: An Uneasy Trust