Jurassic World in 3D is Nothing New for These Scientist 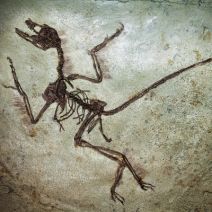 With Jurassic World hitting theaters, today seems fitting to talk about a new use for 3D printing that you might not have thought of: recreating fossils. Researchers in Kenya are taking advantage of this new technology to study and preserve fossils that could potentially be damaged by the intense weather conditions of the Turkana Basin.

According to CNet, 3D scanners have been used for all sorts of tasks, including mapping historic buildings and recreating crime scenes for forensic specialists. Now, handheld scanners can help fossil-diggers get a good look at the remains of ancient creatures. The scanner allows professionals to create 3D models of the fossils for later study, without putting the real ones at risk. The scanners were created by Artec, the company responsible for the Shapify 3D-printed selfies.

Unfortunately, the climate of Kenya, specifically the Turkana Basin, isn’t the most hospitable environment for technology. The harsh sun beats down on electronics and causes them to overheat, restricting what can be done. The scorching wasteland was so hot that laptops, which would normally receive the 3D scans were practically useless. It doesn’t help that there is no nearby power supply, either. With the help of two 3D specialists, the excavation team was able to make the batteries of the 3D scanners last for two whole days.

Despite the circumstances, the power of 3D technology pulled through, and over the course of two weeks, the excavation squad was able to uncover and scan a crocodile skull, another full crocodile skeleton, a massive tortoise, and a species of elephant known to be extinct. Due to the incredibly damaged nature of the fossils, the team had to make haste and get them put away before more damage could occur. The 3D models will allow scientists to study the remains while the real skeletons stay safe in a museum, away from the punishing elements of heat and wind erosion.

This is just one of the many things that the latest technology can do for modern practices. Innovators all over the world are constantly creating solutions that help people of all industries perform their day-to-day duties without a hitch. We at Heart of Texas Network Consultants feel that it’s our responsibility to help small and medium-sized businesses like yourself improve efficiency and productivity with modern managed service solutions.

By taking advantage of the multitude of solutions Heart of Texas Network Consultants can provide, including server hosting, remote maintenance, backup and disaster recovery, and VoIP phone systems, your business can emerge from the prehistoric computing age and take its first step into the future. Give us a call at (254) 848-7100 to learn more.

Facebook Twitter LinkedIn
Tags:
Technology Miscellaneous Science
The Internet of Things is Changing the Way Busines...
Tip of the Week: No Internet? You Can Still View ...