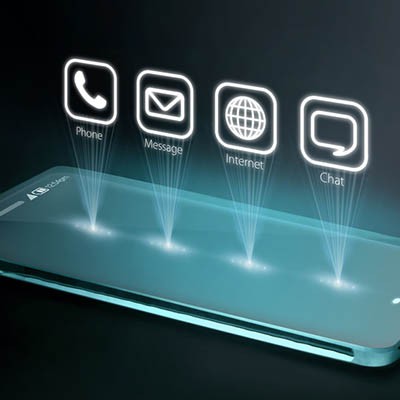 The difference in today’s mobile devices and those that came years before used to be staggering, but in recent years, the differences in power and functionality have started to wane. Manufacturers have begun to roll out devices with only minor changes in power, but with exorbitant increases in cost. For the first time, in 4Q of 2017, the smartphone saw stagnation, and we’ll try to get to the root of it.

Besides the increase in popularity of smartphones in places with high populations, the smartphone market has typically relied on repeat customers who replace their phones when new models are released. Today’s smartphones are built with specifications that are designed to help manufacturer’s make back their money with high sales. The less people upgrade their devices, the more money these manufacturers have to pay in order to get ads in front of potential consumers. Therefore, if the biggest draw of the latest smartphone is taken out of the picture--the potential for upgrading--the entire basis of the market screeches to a halt. Even though Samsung and Apple have large numbers of repeat customers, the same can’t be said for their closest competitors.

Even though the technology market’s stagnation is occurring at around the same time as the mobile device market’s, the ultimate cause seems to be demand for the devices. Locations where smartphones are increasing in popularity--namely India, Africa, and southeast Asia--don’t have the Internet accessibility needed to use devices to their full capacity.

Even though the numbers are down, the smartphone market will still continue to innovate and push toward groundbreaking new technologies. Some of the hot topics are currently 5G wireless and augmented reality. It’s likely that these new innovations will keep the smartphone relevant in the coming years.

2018 Smartphone Technology
Smartphone companies rely on the success of their most popular devices, and therefore, they need to take measures toward improving these devices. They have to improve pretty much everything about them in order to attract both new and returning consumers. This ranges all the way from the cameras and screens to the innards--the operating system, RAM, and other software included with it. The sad reality is that these new versions of flagship devices are simply not that much different from previous versions. This is true even in light of insane spending on innovation, research and development.

Unfortunately, poor sales means higher prices to make up for these poor sales. This makes trouble for small businesses with limited budgets, as they could potentially be using devices several years old. While there’s nothing wrong with this inherently, it does mean that there will be more focus on productivity rather than all the new bells and whistles.

Choosing Employee Smartphones
Some businesses provide employees with smartphones, so they can remain productive even while out of the office, but if you decide to go this route, you’ll need to consider how you plan on paying for these smartphones. First, you need to consider whether or not the phone can run applications required by your organization. While this might seem like a daunting task, there are places where you can bulk purchase devices at wholesale prices. Heart of Texas Network Consultants can help you find these vendors, as well as those who deal in repurposed or slightly used devices.

Most small businesses simply can’t afford to equip every single employee with a mobile device, prompting employers to allow employees to bring their own devices to the workplace--a trend known as BYOD, or Bring Your Own Device. A good BYOD policy outlines what these devices can and can’t do, particularly in regard to data access, application downloading, and security. If they choose to bring their devices to the workplace, they will need to buy in to this policy to guarantee security and productivity on the network.

Does your business need a BYOD policy or mobile devices? Heart of Texas Network Consultants can help. To learn more, reach out to us at (254) 848-7100.