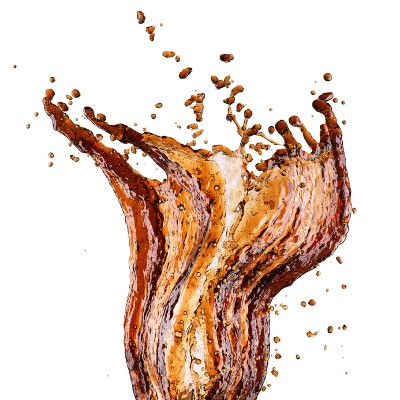 What Coca-Cola Got Wrong with its Slick New Commercial [VIDEO] 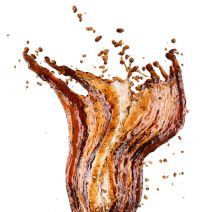 During the broadcast of Super Bowl XLIX, Coca-Cola premiered a bold new commercial meant to inspire viewers, make the world (wide web) a happier place, and of course, sell Coca-Cola. To be sure, it was a monumental marketing effort, but for those of us in IT, we find it cringeworthy and must object to the commercial’s content.

Watch the video for yourself to see what we find so objectionable:

Did you spot the controversy? At 0:16 a clumsy IT technician spills his bottle of Coca-Cola on a server unit, presumably located in large data center. The sugar water proceeds to leak into the unit, causing sparks and a Matrixized Coca-Cola logo. What happens next is pure poppycock. Magically, the happiness found in every bottle of Coke is digitized and spread all across the Internet, cheering up kids the first world over--and with a bland indie tune to boot.

Pa-lease! In all our years of computer repair, we’ve not seen one person experience a single iota of happiness from accidentally soaking their equipment with a beverage. In fact, it often leads to regret and even tears, as seen by YouTuber Gail. Her laptop suffered significant damage from having Coca-Cola “spilled all in it.”

Poor Gail. This Southern belle is “really upset,” “on the verge of tears,” and “just about beside myself.” This is all your fault Coca-Cola. #MakeItHappy, more like #RuinedGailsLife.

It’s never a good idea to pour any liquid on an electronic device. Still brainwashed by the commercial that pouring Coke on your computer is a good idea? Check out this experiment by YouTube user TechRax as he pours Coca-Cola all over his new iPhone 5 (at 0:53).

Surprisingly, the iPhone seems to hold up to the Coke bath, but we can assure you that a server unit wouldn’t fare as well. In fact, it would be disastrous--as pointed out by several observant YouTuber users.

Exactly Data Cave. What was a techie doing with a bottle of Coke in the server room anyway? #FirableOffense

What to Do if You Really Do Spill Coke on Your Computer
If you accidently spilt a soft drink on your hardware, the first thing to do is turn it off. Liquid like Coca-Cola conducts electricity and can potentially fry the electrical components. You might get lucky like the iPhone user and still have a working piece of equipment, but it’s more likely that you’ll end up like poor Gail and be beside yourself with a dead computer.

After turning off your soaked equipment, your next move is to use a dry cloth to absorb the liquid. Be sure to refrain from moving the equipment too much or else risk causing the liquid to seep deeper into the machine. If you’ve got the technical know how to open your computer and dry it out, then go ahead and do so, but we strongly recommend that you know what you’re doing. Otherwise, you may jostle a critical component and cause even more damage.

In fact, it’s in your best interest to have one of our experienced IT technicians take a look at your dampened equipment so you can find out if it’s salvageable or not. And let it be known that the only way you’ll experience true happiness from spilling Coca-Cola on your server is if you have a data backup solution in place (and we can provide your business with just the solution).

Our expert analysis is that Coca-Cola stick to polar bears, 1950’s Santa Claus, singing songs, and leave the technology to the IT professionals at Heart of Texas Network Consultants.