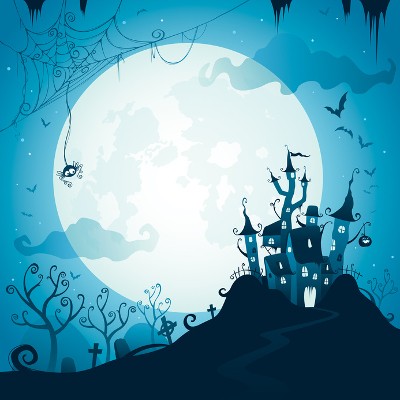 The PC on Haunted Hill 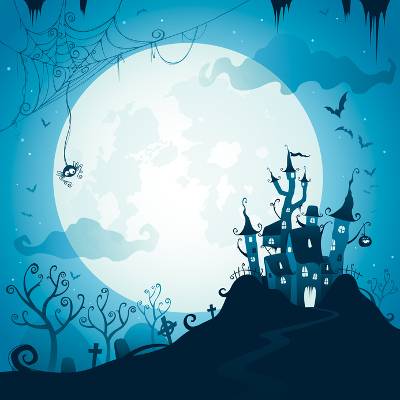 Our minds often attribute unexplained phenomena with hauntings from ghosts. Most of the time, there's a perfectly good scientific explanation for what's going on. If you ever see your computer's cursor move on its own, your PC isn't haunted. Although, you might prefer a haunting to what's really happening; a hacker is probably stealing your data. Now that's scary!

When you're at your home and it's the middle of the night, it can be difficult to distinguish a faint noise coming from the next room as something that's natural or supernatural. Is that scuffle the sound of the family pet, or is it a ghost dragging its chains across the floor? Is the moan you hear coming from beyond the grave, or did you forget to turn the TV off? Likewise, you may second guess yourself when you see your cursor move slightly on its own, but a slight move is just as normal as a tree branch scraping against the window.

A small move like your cursor sporadically jumping a few inches may stem from a hardware glitch, like the mouse sensor having a difficult time tracking on the table top so it has to reset itself. A problem like this can be fixed by using a surface that's designed for mouse movements, like a mousepad. You can also try cleaning the bottom of your mouse. If dirt and crud accumulate over the sensor, it will make reading movements difficult, causing the cursor to skip.

What's terrifying is when you see your cursor move on its own and perform intentional tasks like opening programs. In a situation like this, you're looking at two possible explanations: 1) your PC is now possessed thanks to meddling kids fooling around with an Ouija board, or 2), a hacker has remoted into your computer and taken control of it. The latter is likely the case, although, before calling Heart of Texas Network Consultants, try dousing your mouse with holy water just to be sure.

A hacker can gain full control of your PC by utilizing specially designed malware downloaded from a spam email or a malicious website. A hacker with this kind of control over your system will attempt to steal your personal data and your money. InfoWorld describes what's at stake:

If you catch a hacker haunting your PC, "Who ya gonna call?" Before you call in a team armed with Proton Packs, you will first want to call Heart of Texas Network Consultants at (254) 848-7100. If you do catch a hacker moving your mouse, here are some immediate actions you can take:

Like catching a ghost, catching a remote hacker can be difficult unless you know what signs to look for. With Heart of Texas Network Consultants' managed IT services, we're able to monitor your system around the clock. This way, we can catch a remote hacker in the act, and with our remote monitoring service, we can even catch the malware early on and prevent it from activating.

Call Heart of Texas Network Consultants today. We ain't afraid of no hackers!