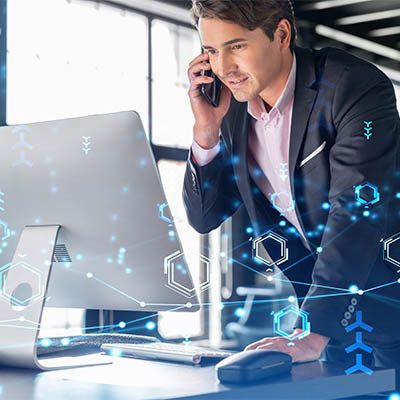 Getting Acquainted with Windows Hello As time has passed, more focus has been put on balancing a user’s identity authentication in terms of its convenience versus its security. This is what has led to the development of solutions like Windows Hello, the biometrics-based system that Microsoft has introduced into the Windows operating system.

Let’s dive into the authentication system, shall we?

What is Windows Hello, Anyway?

Windows Hello is a technology that allows Windows users to authenticate their identities via biometric identification, rather than a password. Designed to serve as a more user-friendly option than passwords without sacrificing the security that passwords offer, biometric authentication seeks proof of identity by comparing a physical attribute of the user against a previously collected record. If the scanned fingerprint, iris, or face matches the saved record closely enough, access is given to the person trying to use the device.

Here’s the thing: while passwords have been the cornerstone of computer security for about as long as computers have been around, there are definite flaws to them that need to be acknowledged.

While we would never recommend that you disregard them, the best practices surrounding password use can be a lot to manage. If followed, these best practices demand that an individual remember about 100 passwords—each of them sufficiently complex and being used exclusively for a single account. It isn’t hard to see how challenging that would be for the average user to remember, and how this challenge might actually lead a user to make insecure decisions… particularly, in their choice of password.

As an alternative form of authentication, Windows Hello creates a virtual model of a user’s face to reference, and even has built-in anti-spoofing technologies to prevent enterprising hackers from tricking the system.

Does Windows Hello Belong in Businesses?

So, is there a place for Windows Hello in the workplace? Absolutely… so long as it is supplemented with other security precautions and features. Microsoft has suggested that this will carry over into Windows 11, where passwordless access will be reinforced by the other built-in protections… but that doesn’t mean you should stop there.

As we said, Windows Hello should be just one part of a business’ complete security strategy. Your security needs to cover a great variety of needs, ranging from data continuity to antivirus to (to our point) user authentication. Heart of Texas Network Consultants can help you to create this strategy and deploy it in your business. Give us a call at (254) 848-7100 to get started.